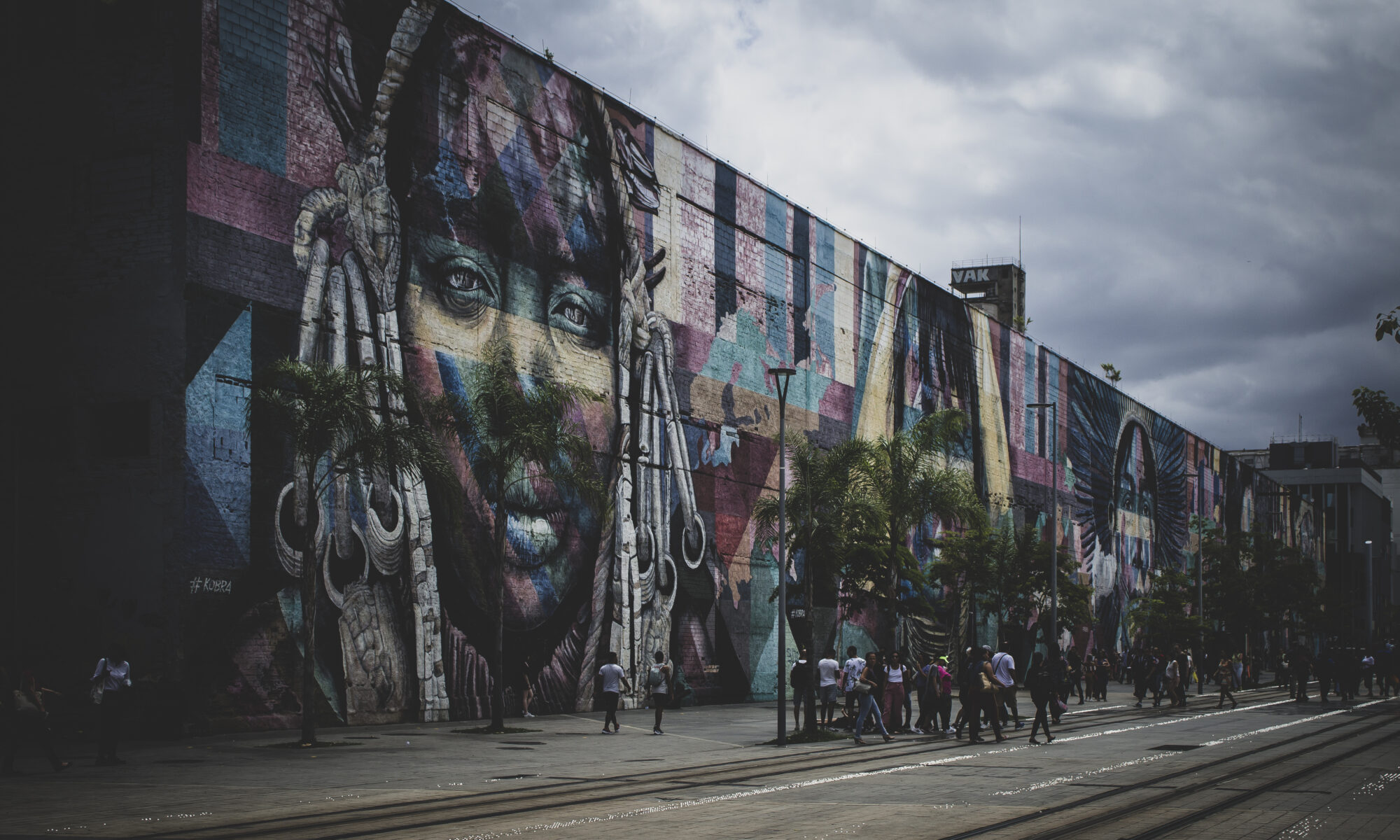 We had the hardest time trying to find Boulevard Olimpico in Rio de Janeiro.⁣
⁣
This was one of those special places where Google Maps and Google Translate failed us, and we were getting frustrated.⁣
⁣
We knew it was huge, and it was supposed to be RIGHT THERE on the map.⁣

We cooked up a question in Portuguese, but the person we asked didn’t speak the language. We asked another, and they answered so fast we had no idea what they said, nor did Google Translate.

Whoops.⁣
⁣
Our driver had dropped us off in the middle of a city of 8 million. We were a hemisphere away from home. ⁣
⁣
Is this where you panic?⁣

Luckily, the driver had found a parking spot and somehow spotted us in a sea of people.

He accompanied us to this beautiful boulevard that had been dressed up for the Olympics with colorful murals.

He even bought us candy and water. We loved that guy ♥️

He got a healthy tip, you can bet.⁣

It turns out it really was RIGHT THERE – we were just on the wrong side of the Praça Mauá plaza. Google Maps was close and yet totally wrong.⁣

For those of you wondering, the easiest entrance to Boulevard Olimpico is on the west side of the square, not on the northeast side as Google Maps will tell you.

Has this ever happened to you? Are you cool as a cucumber, or do you freak out maybe just the teeniest bit?

Let us know in the comments!